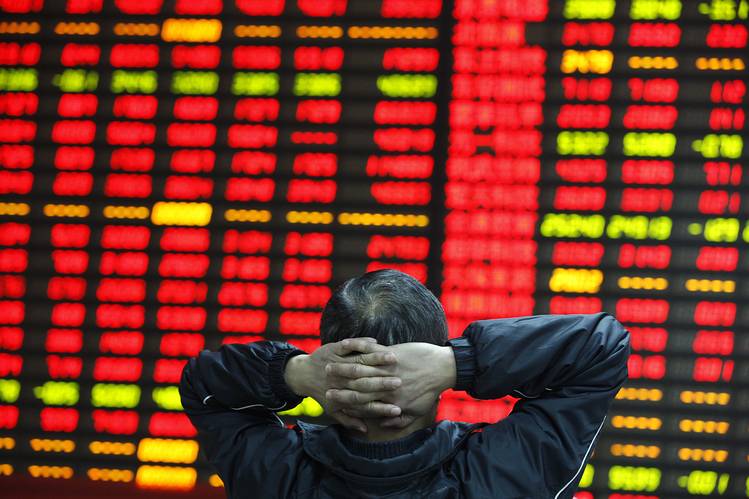 February 2009, May 2010, August 2011, January 2016 – these are all months in which the S&P500 lost as much ground as it did in October 2018.  All of these months were quickly forgotten as side-notes to the longest-running bull-market in history.  So why are investors so shaken from the recent stock market movements?  In this month’s Innova Market Insights, we discuss the recent shake-up on the world markets and some of the contributing factors to this year’s abysmal stock market performance.

It is important to note that although the focus has been on the terrible month of October for US tech investors, as of November 2nd most of the world markets are in the red.

As you can see, it hasn’t been pretty…  Some of the main reasons for these difficult investment times are as follows:

Like all living organisms, the economic cycle has a beginning, middle, and end.  We have recently experienced one of the longest running growth cycles in modern economic history and there is a growing body of evidence that suggests that we are in the later stages of this cycle.  That being said, it has also been one of the slowest recoveries while inflation and wage growth are still below historical averages.  Any signs that these two indicators are beginning to creep up typically signal that the end of the growth cycle is nigh, and along with it, investor optimism.  The stock market is a forward looking indicator that represents the economic expectations of the coming 12 to 18 months.  When cracks start to appear in the foundation, such as inflation, markets will react quickly and viciously, as we have seen this year.

All things being equal, when given the option of choosing between two investments with the same return potential, a logical investor will always choose the lowest risk option.  When interest rates rise, the returns of relatively risk-free assets like government bonds increase and in-turn put pressure on all other forms of investments to compete for investment dollars.  In other words, the higher risk investments are no longer as attractive and so investors reallocate their capital.

Furthermore, rising interest rates acts as a drag on the overall economy.  If more of your dollars are going towards interest, there is less available to chase new goods or services.  The same can be said for large multi-nationals and thus economic activity slows.

After almost ten straight years of rising markets, investors have grown complacent.  The most popular investment in the world is known as a market-cap weighted exchange traded fund (ETF).  In large part, these positions charge little to no fees to buy more investments that have already increased in value.  The only attribute to consider when deciding how much of a company to buy is its size.  With no research into the viability of a company or consideration of the purchase price, this runaway ETF train had simply gone too far.

Another reason for the exacerbated losses might be the actual month they occurred in.  Investors are scarred by the fact that some of the biggest drops in the history of the stock market (1929, 1987, and 2008) all occurred in October.  So when the markets start to slip in October, there is a Pavlov’s dog response to duck and cover.

How does this affect you?

Our overall portfolio strategy revolves around Tactical Asset Allocation.  This strategy focuses on smoothing out the bumpy stock market ride for investors so they can reach their investment goals by reducing risk when markets appear to be high, and increase risk when they appear to be low.  For many of you, we have been recommending lower risk levels and higher cash positions in the face of these uncertain markets.  This strategy has proven to be quite beneficial in protecting your investments.

We spoke with many of our clients in the past two weeks to rebalance portfolios and buy into this dip.  If you’d like to discuss investment options further, please do not hesitate to contact us.

After earning an Honours Bachelor’s degree in Commerce and Computer Science (HBCCS) as well as completing the Canadian Securities and the Professional Financial Planning courses with the Canadian Securities Institute, J-F began his career in the financial services industry in 2005. Under the mentorship of a successful advisor, he learned the importance of preserving capital in down-markets and factoring taxes into all investment decisions.

In an attempt to better understand the markets following the 2008 financial crisis, J-F completed a Master's in Business Administration degree authoring a thesis on Tactical Asset Allocation in 2010. Recognizing his achievements, he was offered a teaching position at Laurentian University where he lectured in 2011. Furthering his education, he completed the Canadian Insurance Course in 2011 and earned his Certified Financial Planner (CFP) designation in 2012, the the industry’s gold standard in financial competence, knowledge and professionalism.

It was at this time that Innova Wealth was born. With the goal of providing comprehensive advice on all financial matters, J-F broadened the service offerings to include retirement planning, income tax preparation, mortgages and insurance. A true believer in 360 degree financial advice, all the pieces were now in place for the business to grow.

As the investment needs of his clients grew in complexity, J-F responded by transitioning the business to include full-service securities management and became a Chartered Investment Management (CIM) in 2016. That same year, he published his first book 'Divide & Conquer' a financial blueprint for entrepreneurs.

An avid traveler, J-F loves to learn more about the world and share his experiences. He published several travel columns as the 'Northern Nomad' for a local newspaper, the Northern Life.

Helping clients achieve their financial peace of mind and simplify their already complex lives are just a few of Cliff’s passions.

A lifelong native of Sudbury, ON, for the past over decade Cliff has been advising clients on a wide spectrum of financial issues and strategies. Since 2008 he has held the sought-after Certified Financial Planner designation, the industry’s gold standard in financial competence, knowledge and professionalism. He also holds the Chartered Investment Manager designation which allows him the rare distinction of acting as both a registered Portfolio Manager but also as a true fiduciary of his clients’ best interests.

A specialist in tax effective debt repayment, wealth accumulation, and insurance strategies, Cliff works primarily with affluent business owners, professionals, and families helping their money work harder for them. When not working with clients, Cliff can be found either spending time with his wife and children, enjoying a round of golf or game of tennis with friends, or volunteering in his community.

Allain joined the industry in 1972.  Having acquired the CLU, CHS, CFP and TEP designations, he is a firm believer in education and professional development. His relentless focus on the client experience has allowed him to build a business with few parallels in Northern Ontario.

Allain also believes in giving back to his profession and his community.  A former President of the local chapter of Advocis, he still sits on the executive acting as program chair and teaches a Tax Course for those hoping to obtain the coveted Certified Financial Planners (CFP) designation.  Within his community, he is known as a generous donors and tireless fundraiser.  Along with acting as the former President of the Club Richelieu of Sudbury, he has been a proud supporter of the Sudbury Hospice and NEO Kids while being recognized as the ‘Top Walker’ at the 2018 ‘Coldest Night of the Year’ fundraiser.

On a personal level, he enjoys downhill skiing, travel and spending time with his daughters and granddaughters.

Following her graduation from McMaster University in 2008, Kelly gained experience in Accounts Payable and Receivable while working in the Toronto area. Since then, she broadened her skill-set with a Certificate in Technical Communication to accompany her background in Bookkeeping and Accounting.

After returning to Sudbury, Kelly joined the Innova Wealth team where she enjoys using her strong math skills and love of numbers. Most recently, Kelly completed the Canadian Securities Courses and is pleased to share her increased expertise with our clients.

Kelly enjoys the dynamic environment of Innova Wealth and being part of the close-knit family of colleagues and clients. She is responsible for all investment client support in French and English.

Having completed her Bachelor of Sciences and studies in Naturopathic Medicine, Chantal is a licensed Naturopathic Doctor with ample experience as an entrepreneur in the medical field. As a business owner, she acquired organizational skills as well as bookkeeping and income tax knowledge. In addition, she has over a decade of experience working with financial firms in an administrative role, half of which has been spent within Innova Wealth Partners.

Chantal continues to provide administrative support on an on-going basis while also practicing naturopathic medicine with clients out of a local clinic based in Sudbury.

Her career experience has encompassed various accounting and administrative roles, including as a group accountant, where she gained further knowledge through detailed analyses and financial reporting, intercompany transactions and foreign currency transactions; and as the director of a local private college, where she dipped her toes into operational management, budgeting, and oversight of revenue, operational and capital expenditures.

Having lived across the country from the Badlands of Alberta to the Gatineau hills of Quebec, Laura is a lover of the outdoors, and outside of the office she can be found enjoying all of Sudbury’s magnificent green space with her daughter. She is also an avid rock and ice climber, travelling as far as Nevada and Bermuda to climb, and is honoured to have been a part of numerous press and public speaking engagements related to rock climbing, corporate wellness, and cultivating the balance in your life to pursue your passions.

Laura joined the Innova Wealth family in November of 2019, and is thrilled to bring her current expertise to the table while continuing her CPA education and pursuing ongoing professional development opportunities in tax, financial planning and securities.

After completing the Business Administration Program at Georgian College in 1996, Tanya began her career in the financial services industry. Her experience in Mutual Funds and Life Insurance enables her to efficiently execute and troubleshoot the complex issues often associated with our business. Tanya joined our team bringing with her a wealth of knowledge that she gained working with Matt Houghton at WealthLogix.

In 2015, Tanya completed her mortgage license with the Independent Mortgage Broker Association. A few years later, she went on to complete her Canadian Security Courses. Tanya enjoys working closely with clients and assisting them in finding the very best lending solutions for their needs.  A long time employee of Innova Wealth, she now works in conjunction with the team as an independent mortgage broker.